Start free trial
The ultimate roundup for the best office backgrounds for Zoom
The best beach Zoom background for when you’re dreaming of a tropical vacation
Uncover the Harry Potter Zoom background you’ve been searching for!
Wondering how to blur a background on Zoom? Here’s how:
Star Wars fans rejoice! We’ve found the best Star Wars Zoom backgrounds.
10 Of the best baby shower Zoom backgrounds for your baby shower!
Uncover the best happy birthday Zoom backgrounds!
Searching for the best spring Zoom background? You’ve come to the right place!
Zoom Webinar Vs. Breakout Rooms
How to enable breakout rooms in Zoom
How many breakout rooms can I have in Zoom?
How to let participants in Zoom self-select breakout rooms
How to Record Breakout Rooms in Zoom
How to Join Breakout Rooms in Zoom
How to Preassign Breakout Rooms in Zoom
What are Zoom breakout rooms
How to do breakout rooms in Zoom
Free online games to play for team building
6 tips to encourage people to turn on their camera or microphone
7 tricks to increase engagement on zoom
6 ways to supercharge zoom engagement
Top-5 things to consider when building and maintaining culture in hybrid workplace
3 biggest challenges in rolling out hybrid work
10 things to consider for hybrid meetings
5 things to spice up your virtual meeting
Top-5 ways to have more effective meetings
5 reasons to improve breakout experiences
Remo is now available in the Zoom App Marketplace
5 ways to supercharge your breakouts
Is remote work under threat?
Must-Have Metrics to Measure Sales Enablement Success
Remo Earns SOC 2 Type Attestation
Enhance your Virtual Event Experience with Event Cadence & Remo’s Newest Integration
Virtual events: Best practices and tips for a successful online event
How to improve employee engagement for your remote team
13 Top Event Management Companies
How to Host a Virtual Wedding: Step by step guide
5 Remote Interview Tips Candidates Wish You Knew
6 Actionable Ways to Improve Remote Teamwork
The Hybrid Work Model: What is it & How to Implement it.
Virtual Graduation Ideas and How to Host a Fun Celebration
Zoom Breakout Rooms: Pros, cons and alternatives
How to Generate More Revenue With Your Virtual Events
5 Minute Team Building Activities Your Virtual Team Will Love
17+ Virtual Team Building Activities And How to Organize Them
Overcome the Zoom Doom: Humanize Your Virtual Experiences
New Remo Community: The Gathering Revolution
Why is Networking Important & How to Do it Remotely
Virtual Event ROI: How to measure and improve it in 2022
The Best Virtual Team Building Activities for Your Remote Team
Top 3 Tips to Attract New Members to your Association
4 Best Practices for Increasing Member Engagement
A Guide to Remote Work Culture
How To Create a Virtual Retreat Your Remote Team Will Love
How to Run A Next Level Sales Kick Off Remotely
5 Fundamental Student Recruitment Strategies for Higher Ed
How to Host The Perfect Virtual Lunch For Your Remote Team Members
15 Virtual Happy Hour Games and Ideas
Virtual Football Party Ideas for The Big Game!
Hybrid Conference & Events: What to Keep in Mind in 2022
Virtual Olympics Party Ideas And Games
Creating a Great Customer Experience
7 Virtual Baby Shower Games & Ideas For a Perfect Virtual Party
New year, new Remo languages!
Zoom Alternative For Video Conference
5 Smart Ways to Optimize Your Association Membership Growth in 2022
10 Fun Virtual Alumni Event Ideas to Kick-off the New School Year
5 Fundamentals for Presenting in Virtual Poster Sessions
Virtual Recruitment Ideas for Prospective Employees
5 FUN Faculty Party Ideas to Try Right Now
5 Emerging Event Trends to Look Out for in 2022
Virtual Recruitment Event Ideas for Prospective Students
5 Tips for Hosting Virtual Poster Presentations in 2022
The Importance a Digital Transformation Strategy for your University
Effects of Digitalization on Higher Education in a Post-Covid Society
8 Ways Higher Education is Embracing the Digital Transformation
5 Tips to Run a Successful Virtual Training Session
5 Virtual Onboarding Ideas to Welcome New Employees
4 Virtual Training Strategies to Engage your Employees
10 Ice Breakers to Start a Virtual Training Session in 2022 and Beyond
Virtual Training Methods for Trainers in 2022 and Beyond
4 Benefits that will Persuade you to Implement Virtual Training
How to Create a Successful Virtual Onboarding Process
Best Ways to Maximize ROI in your Virtual Event in 2022
7 Virtual Training Activities that will Excite your Employees
Tearing Down Logistical Boundaries in Higher Education
5 Ideas that will make your Remote Meetings More Exciting!
How to Build a Successful Brand Community for your Customers
Five Reasons Why You Should Build a Brand Community for your Business
5 Virtual Townhalls for Team Bonding and Building
Online Event Software Perks and Benefits for your Business
5 Necessities for Successful Virtual Collaboration in 2022!
iBreakthrough: Virtual Event Solutions for a Virtual First Economy!
Virtual & Hybrid Industry Expert Opinions Roundup: Event Agencies
The Top Virtual, Hybrid, and In-Person Event Trends of 2022
Virtual Workshop Tools for Online Training and Onboarding
10 Ways to Make your Online Event More Interactive
5 Online Networking Hacks to Master in 2022 and Beyond
5 Tools to Encourage Networking at Virtual Events and Conferences
5 Advantages Available When Using a Virtual Event Platform 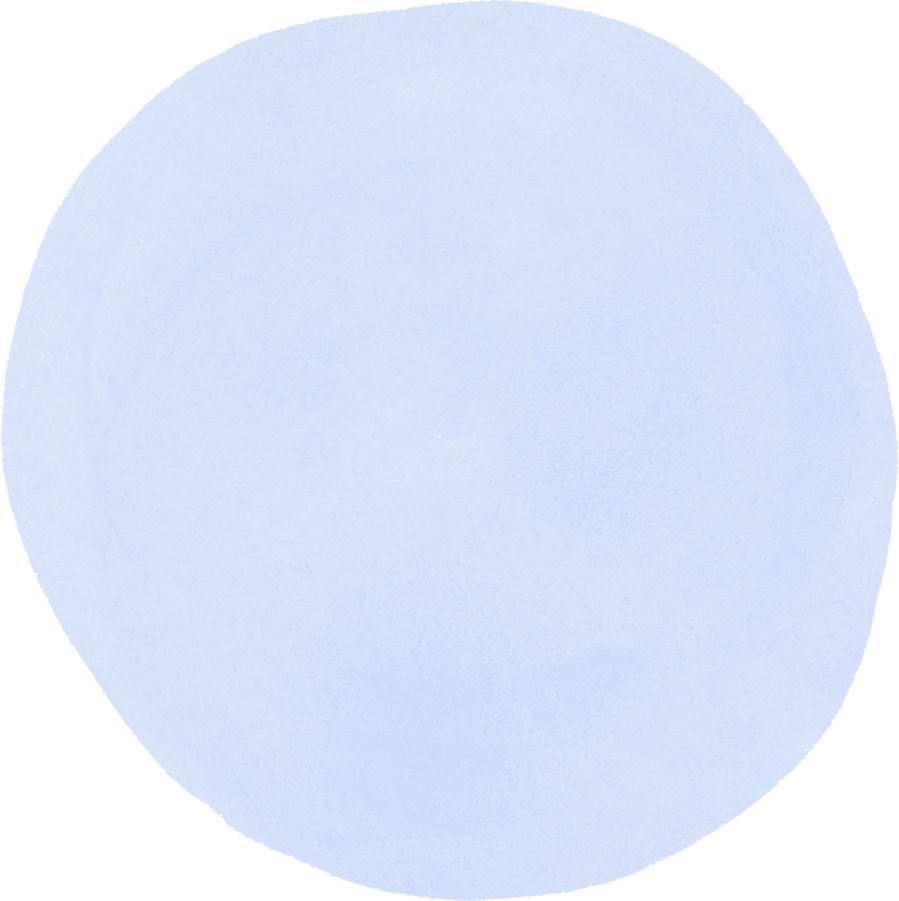 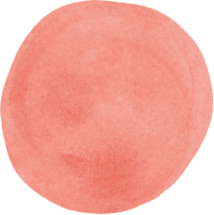 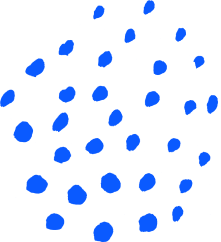 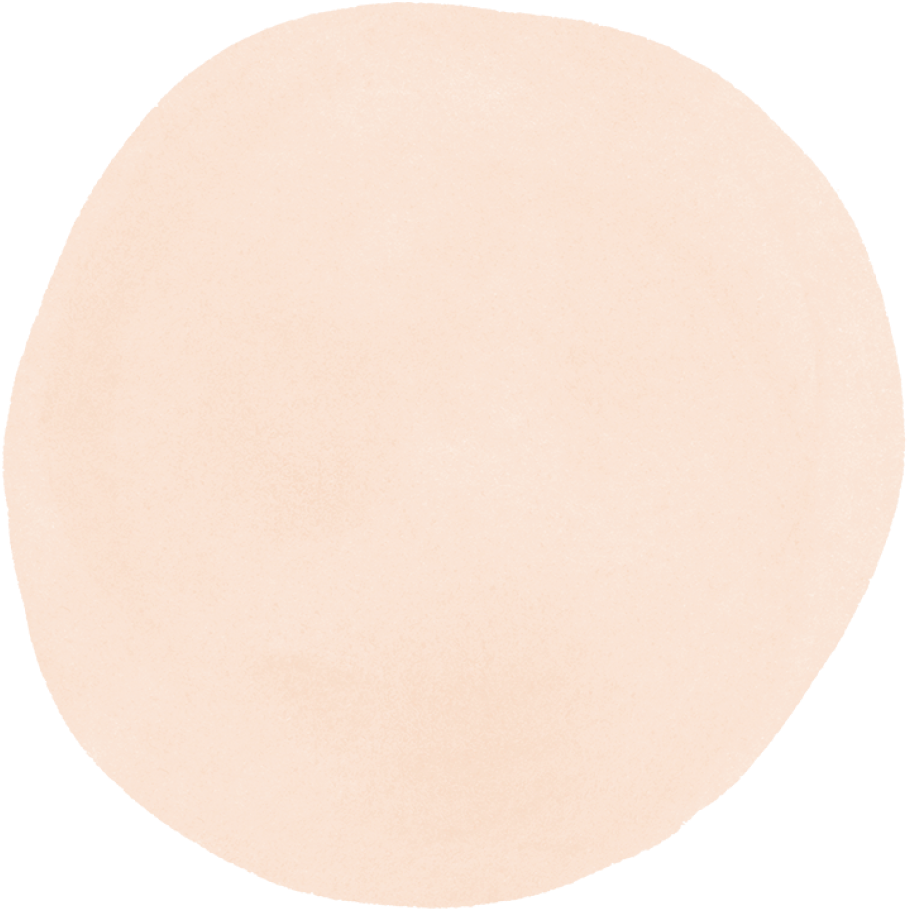 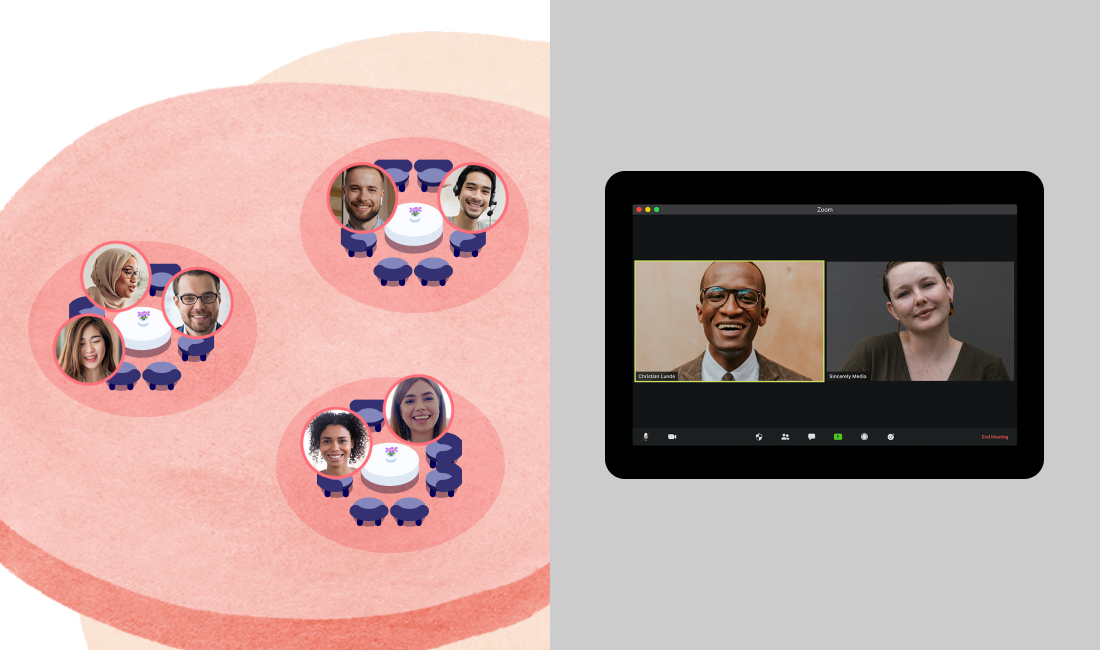 You’re hosting a meeting with a lot of different people and you wonder how to separate them into smaller groups? Most video conferencing tools offer breakout room features. These breakout rooms enable you to separate your meeting participants in small groups for breakout sessions. Here are all the different options available and their pros and cons.

Remo’s platform was created with smaller and more natural meetings in mind from the get go. Therefore, unlike other video call tools, we didn't create breakout rooms as a solution to a problem, we already had the perfect concept: Remo tables.

Contrary to zoom breakout rooms, anyone can walk around a virtual floor plan, go from table to table and join any conversation just as naturally as they would in real-life.

Not only that, but as a participant, you can see who’s at the other tables and join them, have private conversations with a colleague, share your screen, draw together, and basically decide how you want to spend your time just like you would in real life.

You wouldn’t force your attendees to sit with the same people all throughout a live event and never network with anyone else, right? So why do it with pre-assigned breakout rooms?

On Remo, it’s not a conceptual room, it’s an actual floor plan where you can move around and explore. You can create your own custom floor plan with anything you want in it; your office, your live event venue, a fun Halloween themed floor, a beach, whatever you want! You can have fun room names, whiteboards, everything you need. You can even have images or videos on the floor plan, with which your attendees can interact.

Remo’s tables being at the core of the product, it can be used with any plans, including our free plan. You can even try them out right now in our fireside chat.

What are Zoom breakout rooms

Zoom breakout rooms enable you to pre-assign a meeting room to a certain number of participants. For example, you can have a “main room” with 10 people, then the meeting host decides to divide the participants into a certain number of breakout rooms, like 2 rooms of 5 people, or 5 rooms of 2. They can import from CSV files a list of attendees and pre-assign them to Zoom rooms, or just do it live during the Zoom meeting.

In a nutshell, it’s separating your one main meeting, into multiple smaller Zoom meetings.

Only the main meeting host and co-host can enable breakout rooms, close all rooms, have a pop-up, or broadcast messages to the breakout rooms. They are the ones with the assign button and the only ones you can ask for help if you are in the wrong room.

It’s also a prerequisite to have paid for your breakout room options in advance, and have enough rooms in your Zoom account to separate your attendees as you want.

How to make breakout rooms in Zoom

First off, you can’t use breakout rooms for free. You need to pay an extra $499 USD per room, per year. That means that if you plan on doing 2 big events using breakout rooms, and that these events require 10 breakout rooms each, you’ll have to pay $4990 USD per year in extra, so almost $2500 extra per event. And that is without counting the zoom yearly licence you already most likely pay.

Everyone participating in the event will have to have this option enabled in their account settings. You can enable breakout rooms for all members of your account, which can be quite useful if it’s an internal meeting.

3. Hover on the breakout room options and click create rooms

In your main sessions meeting options, click the breakout rooms icon on the bottom right. You can then separate sessions manually, or let Zoom automatically choose for you the number of rooms and number of participants per room.

The biggest difference is the gamification and fun layout of a Remo meeting versus a zoom meeting as well as the numerous capabilities Remo offers:

Google Meet released a breakout room option available with their paying plans. Here are some more details on their feature.

How to create breakout rooms on Google meet?

Moderators can use breakout rooms to divide participants into smaller groups during video calls. Breakout rooms must be started by moderators during a video call on a computer.

Gmeet breakout rooms currently can’t be live streamed or recorded. They also can only be created on desktop.

To get access to the Google Meet breakout rooms, you need at least the Google Workspace Individual Plan which starts at $9.99/month

Who can create breakout rooms on MS Teams?

Only meeting organizers on the desktop versions of Teams (Windows and Mac) can create and manage breakout rooms.

How to create breakout rooms in MS Teams:

You can't create breakout rooms if there are more than 300 people in a meeting. People who join the meeting using PSTN or Teams devices can't be assigned to rooms.

To get the breakout rooms, you need at least the Microsoft 365 Business Basic plan, which is $6.00user/month USD, as an annual subscription.

Now that you have all the information about breakout rooms on Zoom, Google Meet, Microsoft Teams, and Remo, it’s time to choose the right tool for your needs.

Lucky for you, Remo offers a free plan you can use to see if you like the tool, paid plans, or you can join one of our live guided tours. The choice is yours! 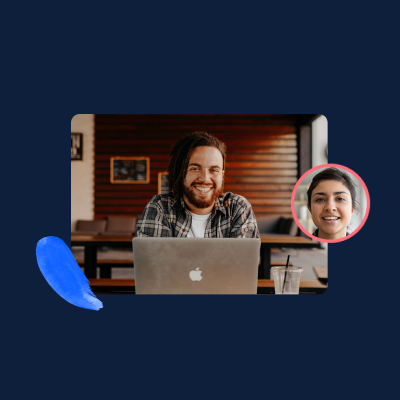 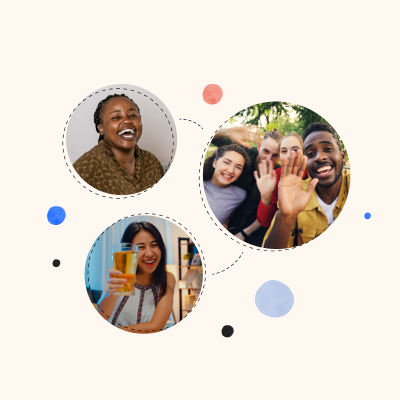 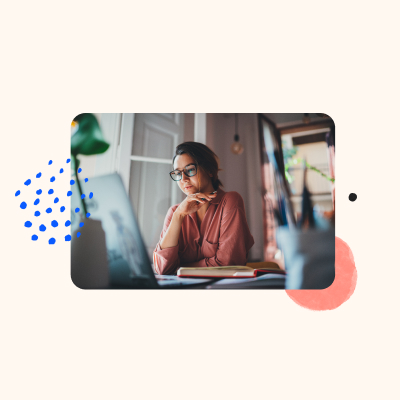 Uncover the Harry Potter Zoom background you’ve been searching for!
• 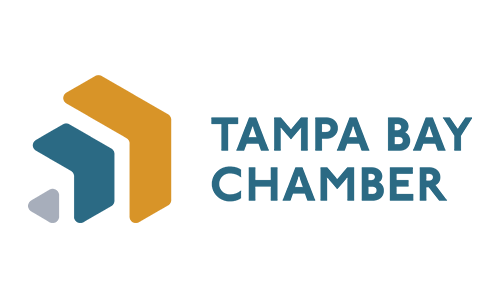 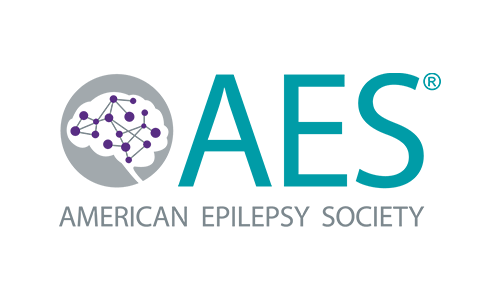 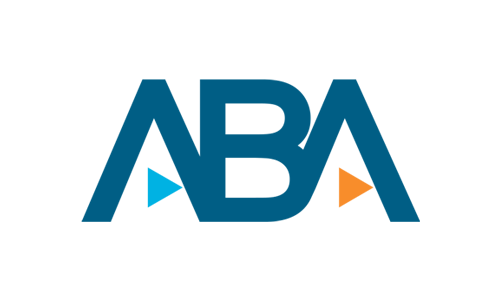 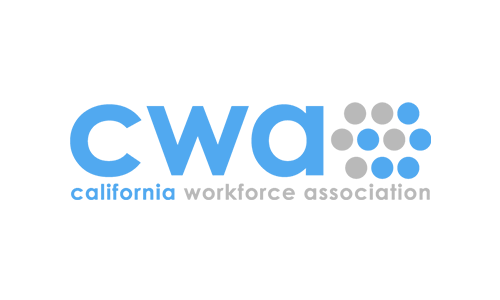 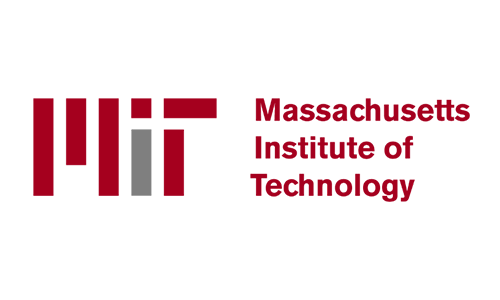 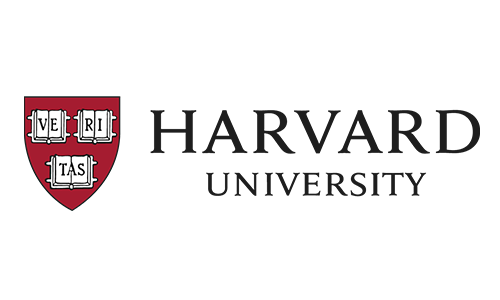 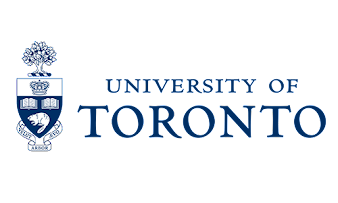 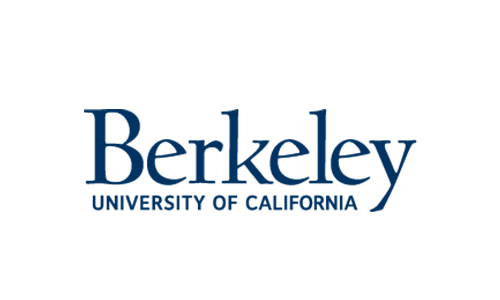 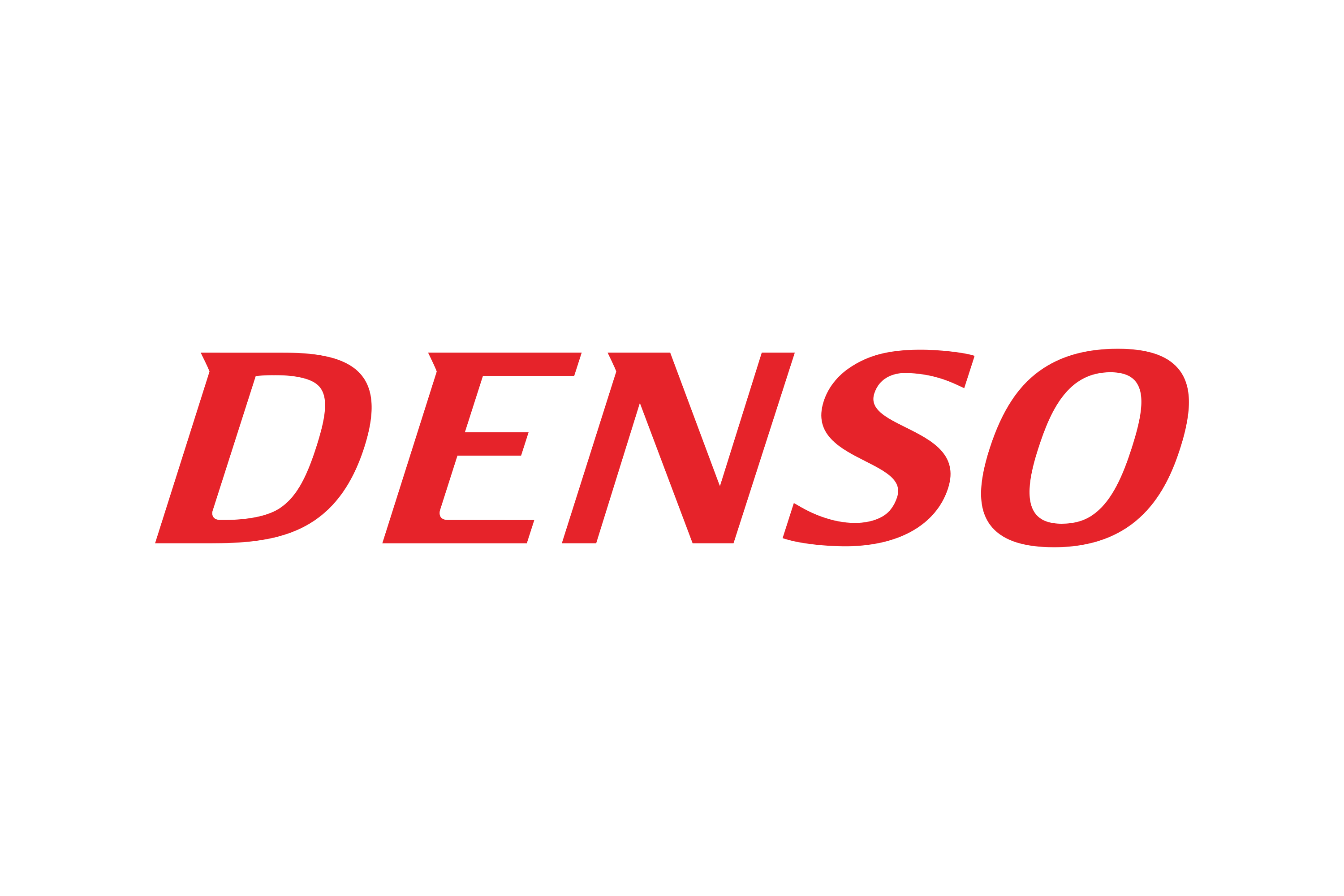 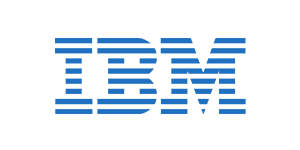 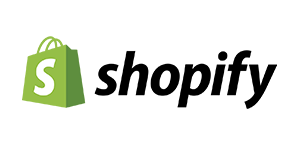 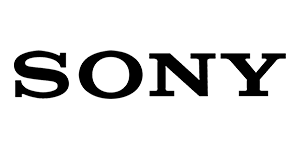 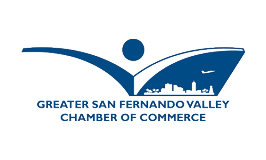 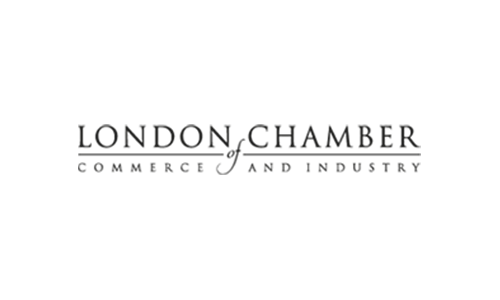 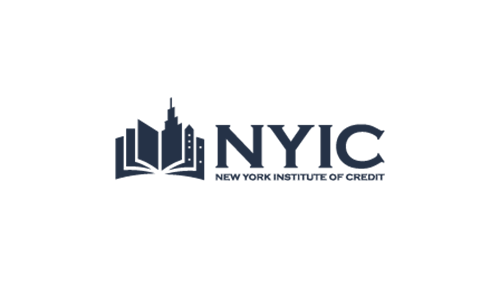 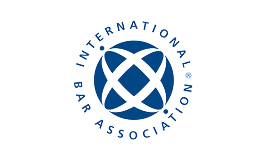